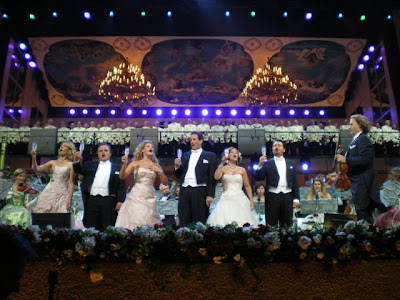 Riet's Concert at The Amsterdam ArenA
Saturday afternoon I took the 4 PM train to the Bijlmer-Arena, where I arrived at 5:45. I noticed that the station was not at all crowded, but on the square between the station and the ArenA it seemed like an ants nest of people, all going to the concert. There was a restaurant on the square with an additional floor added, which gave the square more atmosphere. It was not there last year. I grabbed a bite to eat in FEBO's, and although busy everything went smoothly.

Time to meet my Fan friends at our predetermined place. One couple was there already, while the other was still enroute on the bus. Slowly we found our way to the proper entrance, and I looked for my seat inside. My seat was up front, but I did have one of those huge pillars in front of me.Too bad, nothing I could do about that, but with the large screens there, I still had a good view.

At exactly eight o'clock, André marched in, to an atmosphere that was already full of excitement. They played several pieces which I knew and that gave me much pleasure to hear again ... On each of the two ice rinks, an ice dancing couple from "Holiday on Ice" skated to the music of Frank Sinatra's "My way".

At one point it started to become hilarious when Mr. Wijdbeens (André van Duin) entered as a trombone soloist, who also wanted to play a tune.
Of course it did not sound like anything at all, since there appeared to be water in his instrument. He then started to go crazy and wanted to grab the Stradivarius, so he could hit tennis balls into the audience ... André was in a panic. A little bit later he produced a little red (children's) mini grand piano on which he tinkered while the orchestra played along.

As if he did not have enough of the music, Mr. Wijdbeens decided that André was not good enough of a conductor. He left the stage then came back with a large flat box (150 cm X 50 cm) opened it and produced a very small conductor's wand. Mr. Wijdbeens then decided to conduct the JSO, but the music was nothing to be enjoyed, and since they were totally out of tune he appeared to become angry. After a little tantrum he scolded the pianist Stephanie Detry and sent her off the stage.

After intermission the Maastrichter Staar entered singing with burning torches. And again sang the song "The 12 Thieves". André informs us that the Golden Coach is on its way from Vienna. I thought that Franz Josef and Sissi (Suzan Erens) would be entering, but instead it seemed to carry Mr. and Mrs. de Bok, played by André van Duin and Corrie van Gorp. With a lot of hilarity they entered the stage as André (van Duin) carried Corrie up the steps.

Since André Rieu is well known, HE was to take a photo of Mr. & Mrs. de Bok, and not the other way around. André en Corrie presented André with a golden record for the sales of 50,000 DVD's of Maastricht 3 inside the period of one month.

The musical band "Edelweiss" from Heerlen also performed, as well as a large bagpipe band. It was a phenomenal concert! I laughed a lot and really enjoyed it.

There are many photos below of the concert to see ...

Riet Holmer-Jansen
(Translation © by John)
.
Posted by Sue Berry at 16.1.83 Links to this post 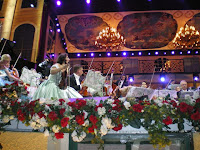 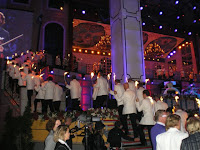 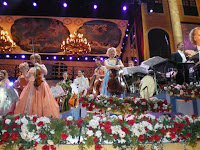 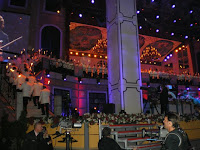 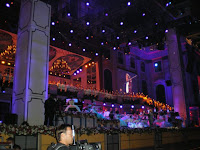 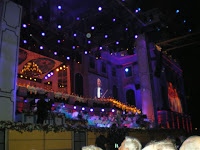 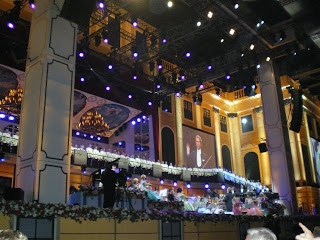 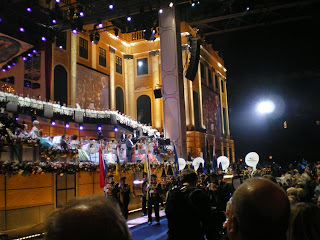 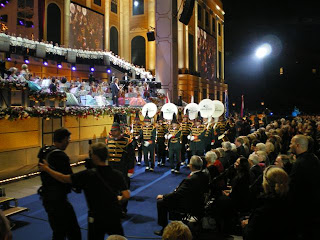 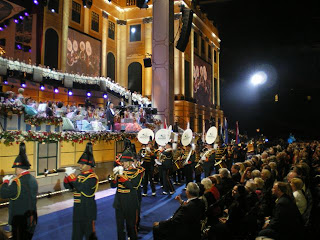 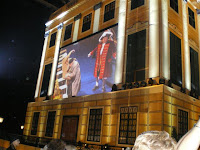 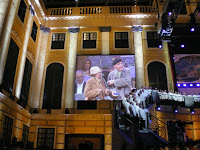 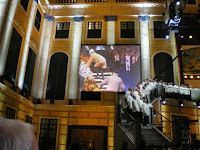 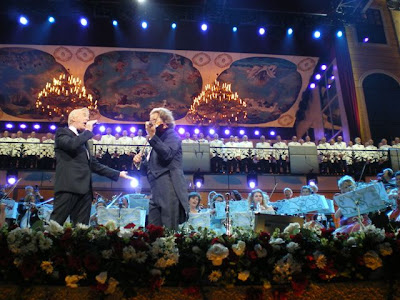 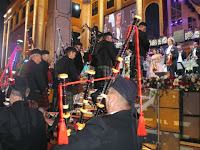 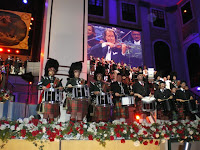 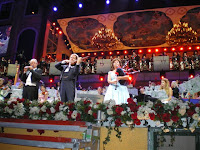 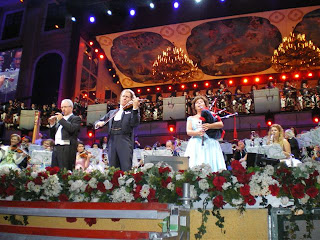 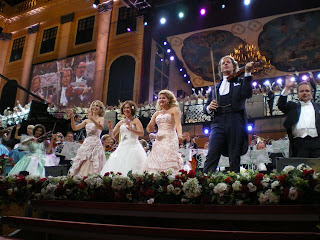 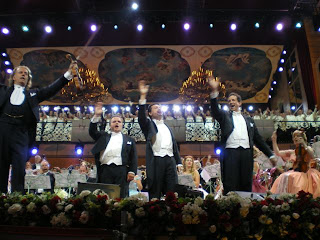 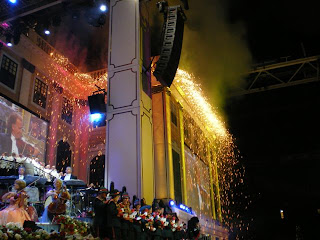